The Largest Mountain Resort on the Continent

The grandest ski area in North America, Whistler and Blackcomb Mountains are connected by the Peak 2 Peak Gondola, also accessed by heli-sking and cat-skiing. Combined they have 37 lifts and more than 200 trails, of which 80% are intermediate or advanced. Both mountains claim runs as long as 7 miles! The resort, owned primarily by Vail Resorts, offers ski slopes for all abilities, open from mid-November to late May. Whistler Blackcomb Ski Resort is one of 13 resorts served by Vail’s Epic Pass. For those looking for an extended ski season, glacier skiing and snowboarding are typically available from early June to mid-July, 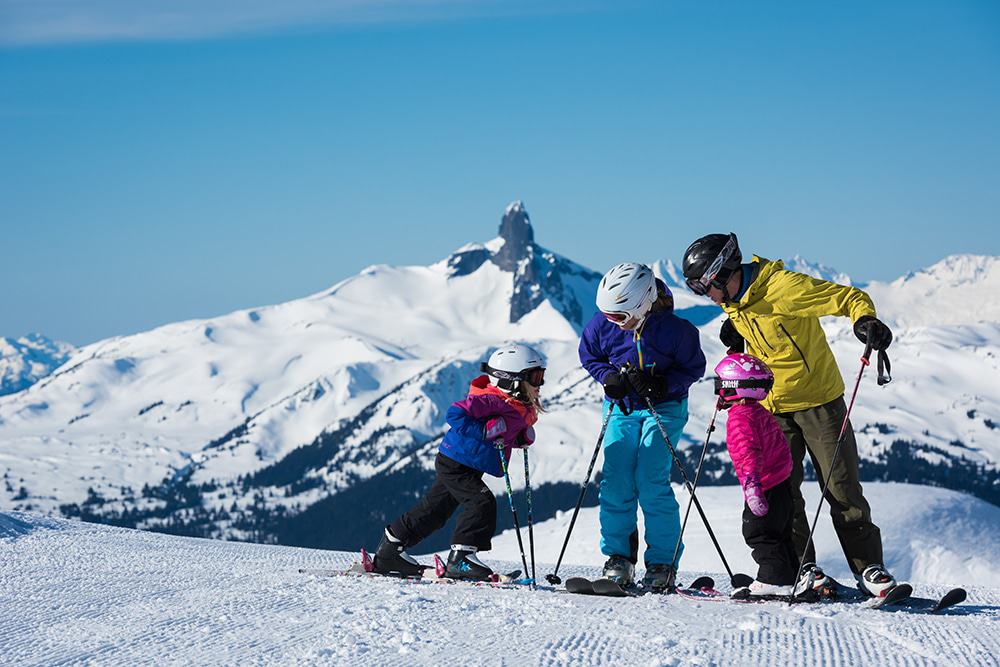 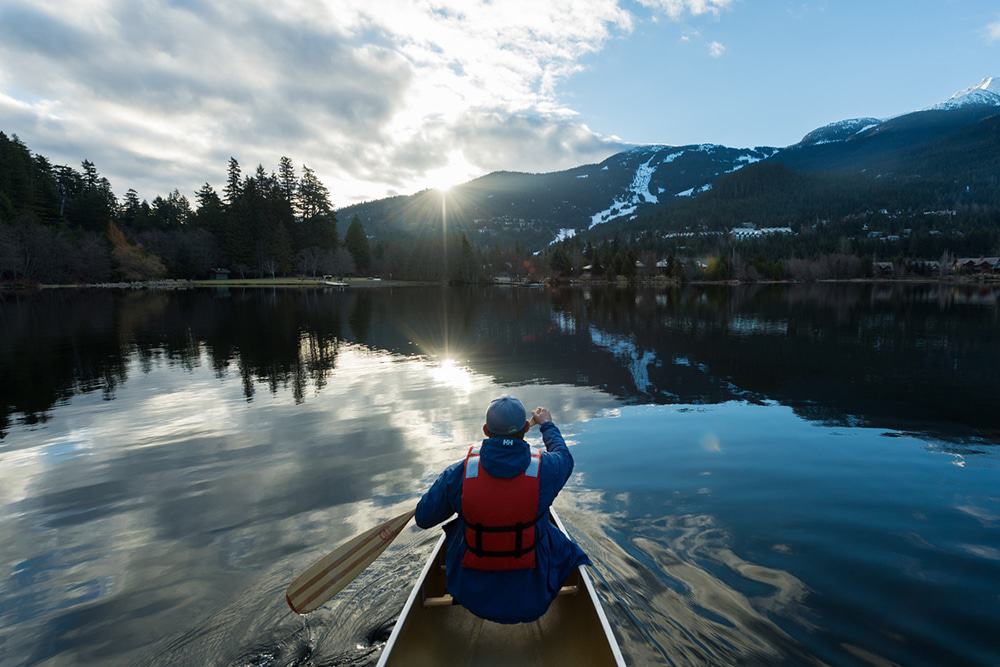 Whistler Village and Creekside see nearly as many summer visitors as during the winter season. Couples and families flock to this scenic world-class resort and playground throughout the year. With its mountain lakes, beaches and parks, water sports are very popular; as is golf with its four championship golf courses, each designed by one of the world’s top designers, open from late April to late October.

Whistler Village, at the foot of Whistler and Blackcomb Mountains, lays claim to some of the most scenic alpine hiking trails available in North America, easily accessible by the Whistler Village and Blackcomb Gondola. Visitors can choose from family-friendly strolls on easy, wide paths to more challenging hikes to lakes, glaciers and alpine meadows. With other mountains around the area, Whistler also serves as a central spot from which to explore the Coast Mountains on foot.

With the abundance of summer and winter activities Whistler Resort has to offer, visitors can find a wide range of affordable accommodations through Whistler Village Condos to include fully-equipped, self-catered studios, and 1 to 4 bedroom town homes, condos and chalets, available for short and long term stays in both Whistler Village and Blackcomb Creekside. We invite you to take a look and book with us! 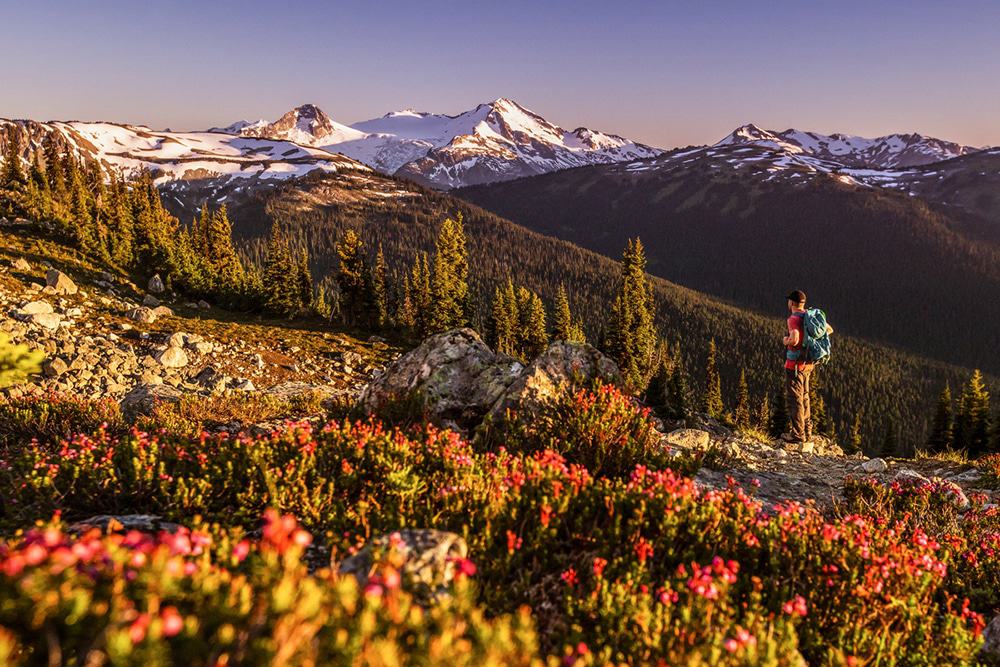 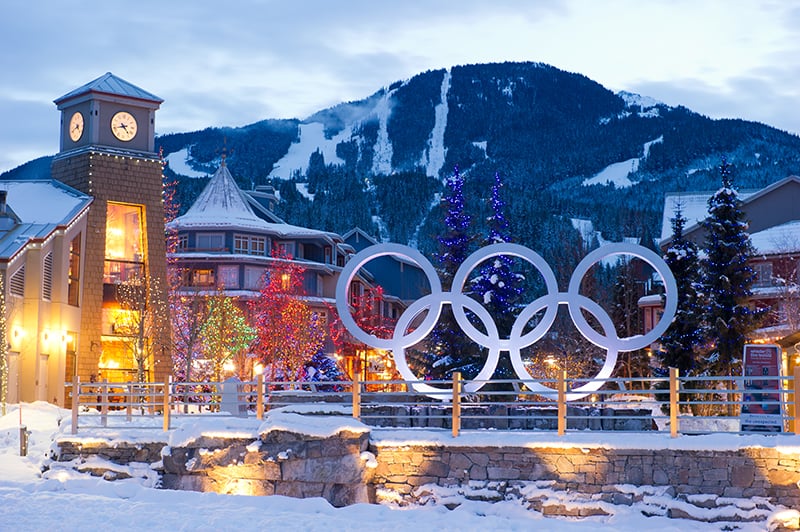 The PEAK 2 Peak Gondola, which holds the Guinness World Record for the longest and highest gondola, connects the peaks of the Whistler and Blackcomb Mountains. It gives you a bird’s-eye view of British Columbia’s rooftops as well as sweeping vistas of volcanic mountains, lush forests, and ancient glaciers.

Spend your Sunday night at Whistler Blackcomb Fire & Ice. Watch world-class athletes flipping and twisting through a burning ring of fire before ending the night with a first-class fireworks display at this free event on Sundays.

Take a Zipline Tour over beautiful creeks and ancient old-growth trees in the winter.

Visit the Whistler Sliding Centre. Take a thrilling four-person bobsled ride down the world’s fastest track, which is now an Olympic legacy, at speeds of over 125 kilometres per hour. This is also the only location in Canada where you can try skeleton racing. Participants depart from the Maple Leaf position and go through six turns at high speeds, reaching the finish line in approximately 50 seconds.

The Whistler Nordic Centre is a winter playground for cross-country skiing, biathlon, tobogganing, and snowshoeing. The centre has over 60 kilometres of meticulously groomed trails that are perfect for all abilities, from beginner to expert.

The Opening Day celebration and Whistler Film Festival are two events to watch in the early season. The First Night New Years’ Eve Celebration is not to be missed throughout the holidays. The World Ski & Snowboard Festival and TELUS Winter Bike Festival take over the resort in the spring. Here is some more information about Whistler winter activities.

Child care is available at Whistler Blackcomb for children 18 months old through 4 years old. Child care in Whistler, which is offered in three convenient spots, is a fun, educational, and age-appropriate environment.

For more information about the weather in Whistler, visit this website.

Click one of our contacts below to chat on WhatsApp

Support Agent Available from 08:00 to 20:00 Available on SundayMondayTuesdayWednesdayThursdayFridaySaturday

Social Chat is free, download and try it now here!

× How can I help you? Available from 08:00 to 20:00 Available on SundayMondayTuesdayWednesdayThursdayFridaySaturday